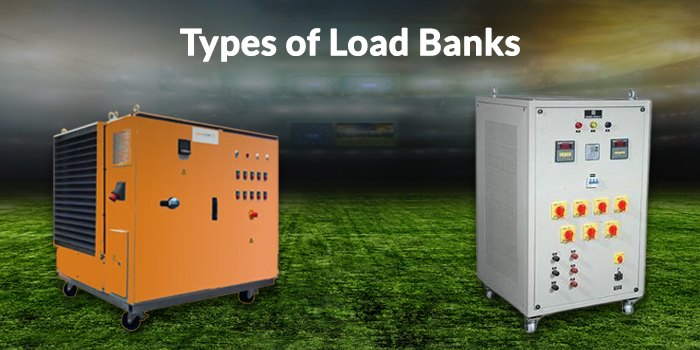 Everyone knows the Diesel generators are often kept for emergencies purpose. Power shortage or Power cut is very natural during production hours and also unexpected. In an industry having a backup generator, it’s really like peace of mind to you but when a backup diesel generator doesn’t work?

It can affect production. When a backup diesel generator fails to perform during Disaster and emergency times

The second option is load bank. Load banks testing must be a part of the industry.

Load banks testing leads to a process to assess a generator’s capacities.

All types of generator parts must be tested in load banks. So make sure the generator can run your services at the full kilowatt ratings.

What are the types of load banks?

There are four types of load banks.

Experts in this said that renting is essential on apart from that choosing the right type of load bank is the matter.

This process is a sincere process for measuring loads. Electrical energy is converted to heat therefore resistors.

The heat evaporates air and water. This type has a mover capacity

Resistive load banks and their portability

Resistive load banks may be used for generator capacity less than 200kVA and also depends upon the UPS system.

Reactive load bank test load with inductor or capacitor in the loads. This process converts electrical energy into a magnetic field.

Inductive loads are most common than capacitive load banks.

It can test only up to 75% of full power testing.

Reactive is suitable for testing motor-driven devices and transformers.

These are types of load banks at the end you have to acknowledge some info about load bank testing in case you want to rent a load bank for your generator ask experts.